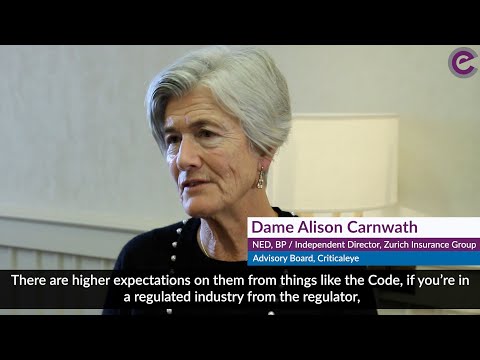 How Roles on the Board are Evolving

Phil is currently Chair of IQE plc, an AIM-listed semiconductor manufacturer, the digital payments company Streeva, and AppyWay an innovative kerbside management solutions business He is Co-Chair of the Digital Skills Partnership, and is on the Advisory Boards of Lloyds Register, The National Theatre and Be the Business. From 2011 to 2018 Phil was Chair of Innovate UK (the UK’s Innovation agency). Phil was also previously Chair of The Tech Partnership, the network of employers championing digital skills for the UK.

Until early 2018, Phil Smith was Chair of Cisco for the UK & Ireland. In this role, Phil lead the country digitisation strategy and nurtured relationships with government, policy makers, academia and business. Phil previously served eight years as Chief Executive of Cisco UK & Ireland, during his tenure Cisco UK was recognised as one of the top five great places to work, a Great Place for Women to Work as well as receiving many other awards for CSR and employee engagement. Phil has been recognised in recent years with many industry accolades include Top 5 Most Influential Person in UK IT as well as Orange Business Leader of the Year.

Phil is known as a champion of innovation, having initiated Cisco’s British Innovation Gateway (BIG) programme, as a legacy of London 2012 to spark nationwide ingenuity, ambition and growth through technology entrepreneurship. He is a distinguished thinker and speaker on the transformational nature of our connected world, sustainability, ambition, inclusion & diversity and the critical need for STEM skills in our future generations. Phil is extensively called on to act as an ambassador for the role technology can have in transforming our lives and is a champion for STEM skills.

Phil’s contribution to industry has been recognised with Honorary Doctorates from Birmingham City, Warwick and Glasgow Universities. In 2019 Phil was awarded a CBE for services to technology, business and skills in the Queen's Birthday Honours list.

Phil is a keen triathlete and the founder of ‘The Leaderboard’; a cross industry team of UK CEOs who have raised more than £800,000 for Comic Relief and Sport Relief by competing in triathlon related events. He qualified in 2014 and again in 2016 in his age group for the Team GB Triathlon team.  Phil has four children and lives near Stratford-upon-Avon with his wife Steph. He can be found on Twitter @PhSmithUK