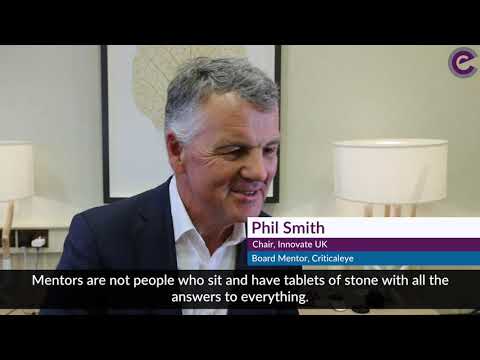 Understanding the Value of an External Mentor

After an early career in banking, during which time he was Managing Director at Bank of America Finance, Keith joined Grand Metropolitan as UK Strategy Director before moving into a Director of Finance role to conduct a turnaround of the Express Dairy business. Keith then moved to Ladbroke Group, where he was appointed Corporate Planning Director and developed the strategy to concentrate on four core divisions - Hotels, Betting, Property, and Retailing - and dispose of the remaining subsidiaries.

Following the Hilton acquisition, Keith was given responsibility for Texas Homecare as Executive Chair, where he developed the business from 190 to 260 stores. Keith then moved to Carlton Communications as Managing Director before joining Storehouse plc as Group Chief Executive. Storehouse included the BHS and Mothercare businesses and Keith grew the company through developing new retailing formats, acquiring Childrens’ World from Boots, developing the out-of-town Mothercare business and growing internationally in Russia, Asia and the Middle East.

In 2000 Keith was appointed Managing Director at Arsenal Football Club. Keith secured the first Strategic Partnership for the Club with the sale of a 10 percent equity stake to Granada Media and a record-breaking sponsorship deal with Nike and Emirates Airlines. Turnover and profits increased rapidly during Keith’s tenure and he also moved Arsenal’s online business into a profit-making position.

Keith developed Arsenal’s award-winning Emirates Stadium on time and within budget, this included raising the initial £260 million and then refinancing through the very first UK credit-wrapped bond. He managed the Highbury Square scheme development of the Highbury Stadium into residential property with a total sales value of £350m. Keith then retired from his role with Arsenal in 2008 to develop his Non-executive portfolio career.

He was previously a Governor of Haberdashers’ Askes’ School and was appointed by RBS to lead the sales of Liverpool Football Club in 2011 and Clarion in 2014.