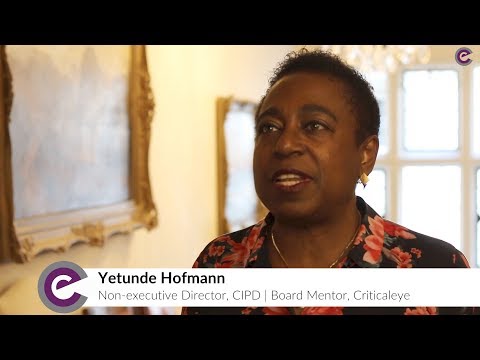 What makes a great HRD?

Anne is an experienced business leader who has held global executive roles at IBM, CSC, CMC Markets and, most recently, Rio Tinto. An expert in strategy, culture change, succession planning, M&A, restructuring and leadership development, she is also a thought leader on gender balance and inclusion.
Anne is currently a Board Trustee for Over The Wall, part of Hollywood icon Paul Newman's SeriousFun Network, and a Non-executive Advisor to the UK-based language training centre, Abbey Communication Ltd. She is a Governor on the Board of Reach South Academy Trust, a Multi-Academy Trust set up to serve the South West region of England.
Having joined Rio Tinto in 2008 as Vice President of People & Organisation for Rio Tinto Copper, Anne led the people strategy, plans and practices that delivered sustained growth for the division across the Americas and Asia Pacific. She was a member of the Rio Tinto Copper Executive Committee with global responsibility for Communications, Health and Safety, Community Relations, Government Affairs and Human Resources, before leaving the company in 2015 to pursue a non-executive portfolio career.
Anne has held senior business roles within manufacturing, IT, business consulting and financial services, notably at IBM where she was closely involved with the integration of PwC Consulting, combining more than 60,000 staff to form the world's largest consulting services organisation. During her time with IBM, Anne was also Chair of the European Women's Leadership Council for IBM Europe.
In 2016, Anne was awarded an Honorary Doctorate from Portsmouth University for her ongoing support to women in business and her charity work. The previous year, she won a Global Inspirational Woman award at the WIN Conference in Rome.